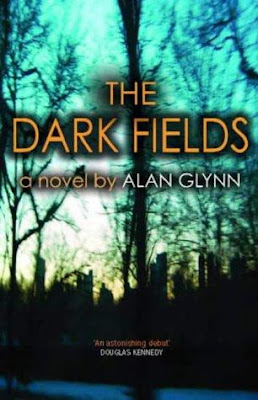 Writer extraordinaire Alan Glynn, who I posted about earlier, dropped in and left an actual Comment here!

That set me off on a new Google hunt -- doing deeeeep Google -- and I dug up these:

“Ya Wanna Do It Here Or Down The Station, Punk?” # 2010: Alan Glynn -- one of those interrogation-like interviews those crime writer blogs like to do, from May 2008 (how'd I miss that before?!).

An I Am Sooo Jealous mention by John Connolly having an advance look at Glynn's newest novel, Winterland.

Winterland, set in Dublin, is being published next year by St. Martin’s Minotaur.

That publisher has to get on the ball. No mention yet on their website, nor a listing under Authors! More than half this year is over. Not too soon to promote!

Walking In A Wonder WINTERLAND has a blurby description of the book that sounds exciting as hell.

And if this doesn't convince you to read The Dark Fields, I don't know what will. Ain't It Cool News' Moriarty chimes in with a stark raving rave review of the book (scroll down!) that concludes with:

And is the book memorable? Hell yes.

And at The Rap Sheet's ONE BOOK PROJECT -- Question: What one crime, mystery, or thriller novel do you think has been most unjustly overlooked, criminally forgotten, or underappreciated over the years? -- writer Declan Hughes states:

Smart and scary and brilliantly written, The Dark Fields has been adapted for the screen and production is imminent; the book should have been a best-seller.

Oh it will be! Late, but still well-deserved!

Last but not least, I even managed to find the reader of it for the Hollywood studio! There's some juicy behind-the-scenes stuff revealed there.

Once again, I loooove the Internet.

But wait. What happened to the novel about intuition, Alan?! 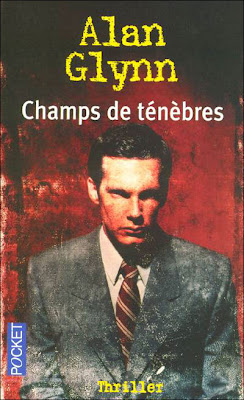 Yes, The Dark Fields can be had in French!
Posted by Mike Cane at 2:30 PM

Hey Mike,
glad you found my blog post! I was indeed the first Reader at Miramax Films to cover "The Dark Fields" and I was blown away. They even hired me later to do a second round of notes, but I never got a chance to see their screenplay treatment or script (even though I asked several times!). Leslie Dixon was nice enough to reply to me about her work on the project and how she has gained control of it and attached Shia LeBeouf. I wish her well in getting this fantastic, dark thriller to the big screen.
Best regards,
-Dan Calvisi